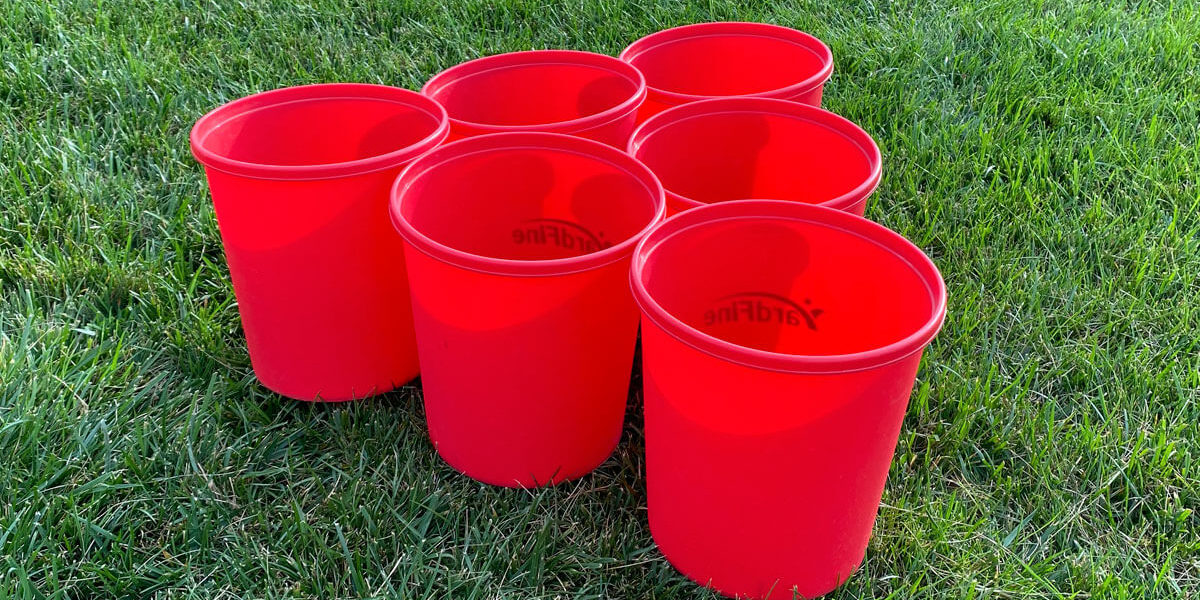 Yard Pong: What is It and What You Need to Know

What is Yard Pong

Yard pong, sometimes called bucket ball, is an outdoor game played by two to eight people. Yard pong is essentially a giant version of beer pong. Instead of setting up solo cups on a ping pong table, large buckets are set up on the lawn. This game is also known as yard beer pong or giant yard pong. No matter the name, it is a fun backyard game that can be played by people of all ages.

How to Play Yard Pong

Begin your yard pong game by setting up the playing field. Each team arranges six buckets in a pyramid formation made up of three rows. The first row has one cup, the second has two, and the third has three. The opposing bucket pyramids should be as close or as far apart as the players desire. The closer to each other, the easier it is to sink the balls. Start about 10 feet apart and see how that distance works for your players.

Next, decide which team throws first. You can determine through a coin toss or by an eye contact ball sink. In the eye contact method, each team tries to sink a ball in the opponent’s cup first, but they must maintain eye contact. The team that sinks the play first throws first.

The beauty of yard games is that everyone can make their one rules of the game. There are a few standard rules that most people play by. The most popular rules center around how the balls are thrown. Balls can either be thrown or lobbed directly into the bucket. Alternatively, the ball can be bounced once on the ground before landing in the bucket. All other throws either do not count or can be intercepted by the team playing defense.

Another common regulation is the re-racking rule. As buckets get removed from play, holes are left between buckets. Each team gets one opportunity throughout the game to rearrange the opposing team’s buckets. They get to choose how the buckets are arranged so they can sink the balls easier.

How do you play yard pong?

Additional rules to play by:

Depending on how you want to play yard pong, you can throw a few tweaks in good measure to make it more exciting.

For example, you can rearrange the buckets into different formations, such as rectangular or circular, instead of the traditional pyramid. This reduces the odds of scoring and makes it more challenging. Ultimately, this alteration will create an opportunity for you and your friends to up your precision tactics and claim greater bragging rights.

How about increasing yard pong distance? The mixed feelings of sniping that ball from a distance turn into glorious joy when you finally ace it in. Yard pong, too, can open the adrenaline floodgates. Just play outside the box.

Alternatively, you can reward the scoring teammate with another go until they throw amiss. This yard pong rule is called back-to-back and is a welcome departure from the double score reward rule.

Finally, quidditch pong is an exhilarating rendition of a game that shot to wild fame in Harry Porter’s novels. To enjoy this variation, erect high hoops where you’ll throw the balls before they land in the buckets.

Besides the above yard pong rules, you can mutually agree to apply the stacking rule to make the game more interesting. In this mode, you stack the buckets your team has captured and place them in front of your buckets to block or deflect your opponents’ in-coming balls. You can stack buckets as high as you wish to make it difficult for your opponents to score.

That said, practice is the surest way to become a great yard pong player. There’s no overnight walkthrough to champion status.

The other gameplay hacks include:

An upright posture: When shooting, stand straight up and raise your hand right in front of your eyes for a clear and high-flying throw.

If you’re searching for a yard pong set that is worth your investment, Juegoal Yard Game Giant Set is your go-to deal.

This kit comes with:

Whether there’s just a couple of you or a crowd of buddies and the backyard is open, you can unwind with Yard Pong any time. There’s no limit to the number of players this game can take in.

And if there’s no prefabricated yard pong set available, you can assemble buckets and pails from around the house, get young Joe’s toy balls, and set them rolling. 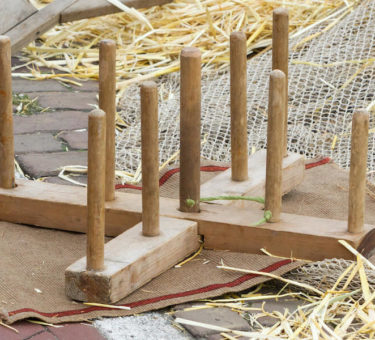