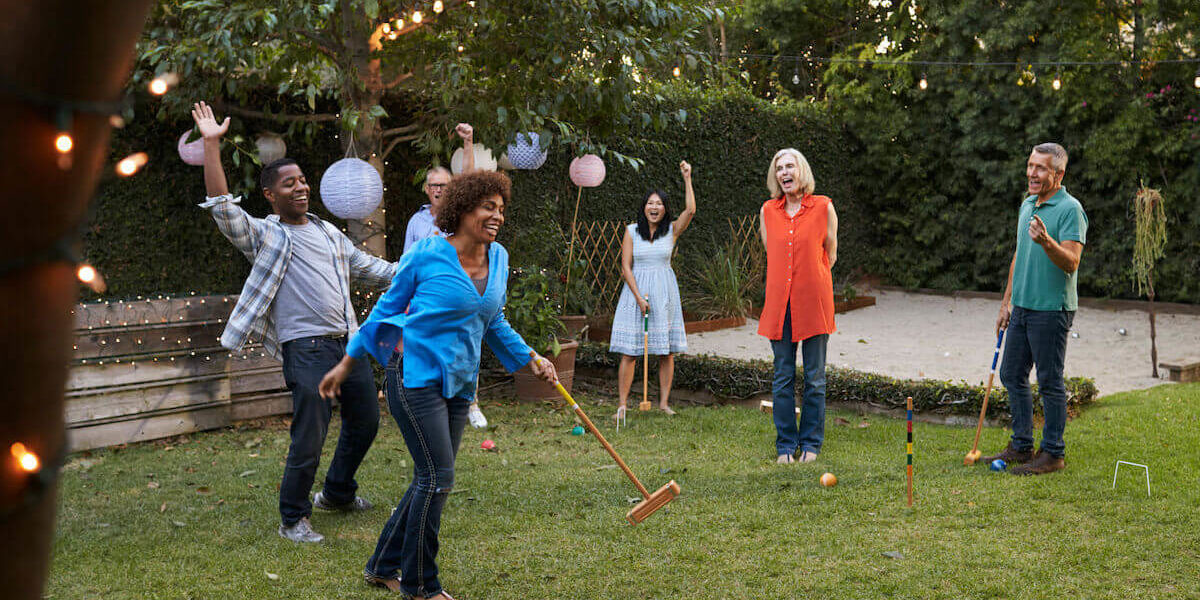 How to Start Playing Croquet

Croquet may be the most popular alternative sport in the world. Its use in movies as a pastime of royalty and the wealthy has made it a household name, despite very few people playing it.

This might be down to the perception that croquet is only for people with too much time and money on their hands, but that isn’t true at all.

Croquet is an accessible game for all people, regardless of status, age, or anything in between.

Therefore, if you’ve been considering trying it out, read on as well tell you all about how to play croquet.

How to Play Croquet

The foundational croquet rules are incredibly simple. In its barest essence, croquet is a game that involves using a croquet mallet to hit balls through hoops.

However, that’s where the simplicity mostly ends for this sport. This is primarily in part thanks to just how many different variations of the game exist today. They are:

Association croquet is the name given to an advanced version of the game that is played at all levels. This is frequently played on an international scale. It involves four balls that are teamed up in pairs, with both balls having to go through the hoops. There are a phenomenally large amount of situational rulings to be aware of with this variation that we aren’t going to go into in this article.

Golf croquet is the fastest-growing variation of the game, and perhaps the simplest, too. In this variant, players take turns hitting their ball, with the first to get it through each hoop, before moving onto the next. The winner is the person that scored the most hoops.

Garden croquet is played all across the UK and can be played on even the smallest of lawns. It is remarkably similar to association croquet with three significant differences. The starting point for the ball in garden croquet is a spot three feet in front of the boundary that is set up directly in front of the hoop. If a player’s ball goes off, there is no penalty, and lastly, in a croquet stroke, the croqueted ball does not have to move when striker’s ball has been struck.

Nine-wicket is also known as backyard croquet and is mostly played in Canada and the US. With this croquet variant, there are nine wickets, two stakes, and six balls, with the course arranged in a double-diamond pattern, and having one stake at each end of the course.

Players begin at one stake and navigate that side of the diamond. Then repeat on the other side. There are different end game and situational rules for this variation, as well as modifications to the game itself, making it very adaptable.

There are a handful more croquet variants out there, but these ones are by far the most popularly played today.

How to Start Playing Croquet

If you want to start playing croquet, then the good news is that it is super easy to get what you need.

Most sports retailers sell some croquet set that comes with everything you need, including croquet mallets, stakes, and wickets.

Some of these sets even come with instructions on croquet set up, so you don’t have to worry about not knowing what goes where. If it doesn’t, though, you can always google a set up that works for your lawn size and follow that instead.

Croquet is a very adaptable game, so don’t be afraid to put your own spin on it to make it work for your unique circumstances.

Hopefully, this article has shed some light on the different variations of croquet out there, as well as how to play them.

The game itself isn’t too dissimilar to golf, except that it is played on a much smaller field. The essence of the two games is the same: players taking turns trying to hit a ball into a goal with a club.

If you’ve been considering croquet, and haven’t pulled the trigger on it, head on down to your local sports shop. You can get a decent croquet set for cheap enough, try it out, and get a better idea of whether you like it. That way, you don’t have to make any kind of large commitment.