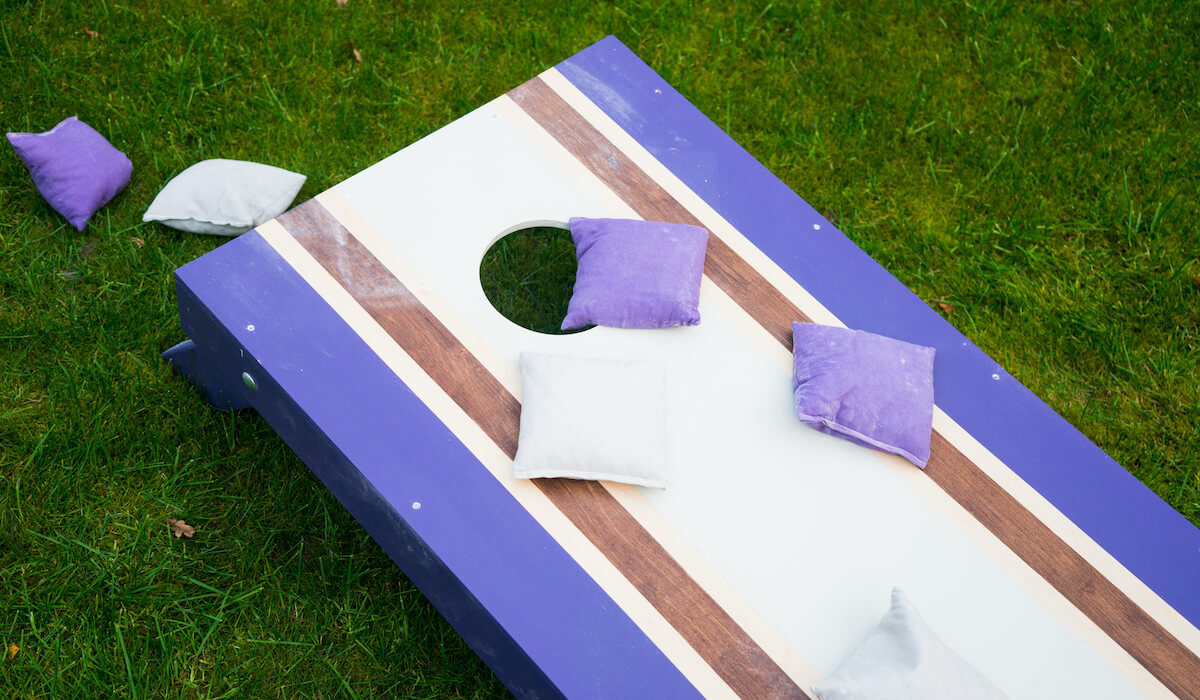 How to Play Cornhole with Your Friends and Family

Cornhole is one of those games that seems to have sprung up simultaneously all over the nation. Somewhat mysterious in origin, one thing is for certain: Cornhole had already developed a cult following among gamers in the American midwest by the late 1970s (even though, back then, it was still largely called the “bag toss” game). Since then, it’s exploded in popularity and become a favorite activity at backyard barbecues and other outdoor gatherings ever since.

Unsure how to play? Don’t know Cornhole’s rules? There’s no reason to worry because we’re going to lay it all out for you in this quick-and-easy guide:

What Do You Need to Play the Cornhole Game?

Cornhole can be played by two or four players at a time, and you need two platforms, boards that are 2’ wide by 4’ long with a six-inch hole in the middle at one end. These serve as your targets.

You also need four or eight Cornhole bean bags (depending on the number of players) divided into two different colors to make scoring easier. Each bag needs to be 6” by 6” and filled with one pound of seed corn.

Finally, you need a flat surface with a little bit of space. Proper Cornhole distance requires the two game boards to be facing each other with a 27-foot gap between their fronts. (Cornhole spacing can be adjusted for family games, if the players consent.)

How Do You Play Cornhole?

Players stand next to the board opposite the one used as their target. The pitching box that players can use to make their toss is that 2’ space along either side of the board. If a player steps past the front edge of the board or steps behind it, that’s a foul and the toss doesn’t count.

The game continues, round by round, with each team adding up points and increasing their score until one side wins.

How Do You Win Points in Cornhole?

You aim the bags for the hole in the game boards and your score is determined by where your bag lands relative to the target. You get:

How Does Cornhole Scoring Work?

You total the points after each round and it works as follows:

For example, if Player One gets four points in a round and Player Two gets one, Player One adds three points to their total score. The first player or team to hit a score of 21 wins.

The beauty of this game, like many other American favorites, is that you don’t have to have any special athletic prowess to play — or win. It’s a great, inexpensive way to spend some quality time outdoors with your family and friends.