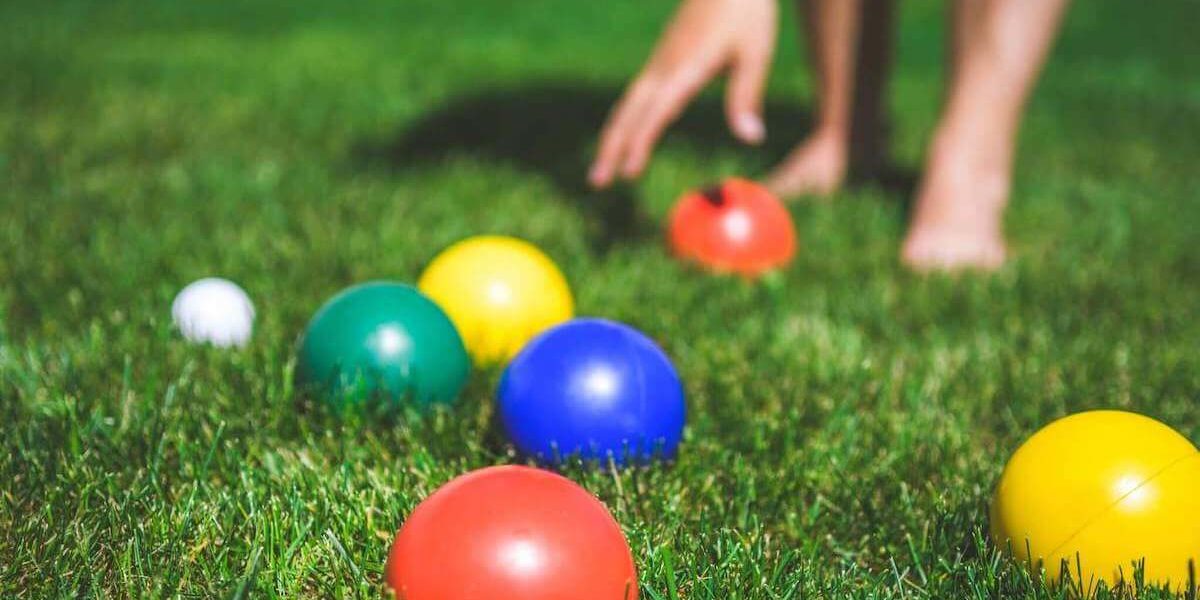 What is Bocce Ball?

Bocce ball, sometimes called Italian Lawn Bowling, is a fun yard game enjoyed by adults and children alike. Teams compete to roll their balls as close to the pallina as possible. It can be played on a sizable patch of grass or, and if you are competitive, it can be played on a proper court.

How To Set Up a Game of Bocce Ball

The first thing you need to do is choose your playing surface. A regulation court is 76 feet by 10 feet. However, for a simple version of the game, you do not need a space that big. Instead, find lawn space big enough to make the game challenging.

Choose a spot on the lawn to mark as your pitch line. All of the play takes place from behind this line, so make sure you have enough room to move around behind it.

Next, collect all of your balls. A set comes with a pallina, which is the smallest ball that is used as the target. Eight other playing balls should be included, four balls of two different colors. Each team receives four balls of the same color.

Finally, get out a tape measure, if you want. This is handy for those competitive players because you can use it to measure out close calls.

How do You Play Bocce Ball?

If you ask different people how to play bocce ball, you may get a different answer. The overall basic concept of the game is the same, but sometimes the point system changes. This is one of the oldest yard games in the world, so many families have their traditional way to play.

The other team now gets to take their first turn. Their goal is to get their ball even closer to the pallina, ideally knocking the first team’s ball out of the way in the process. If the ball does land closer to the pallina, the turn ends, and the first team gets to throw again. If the ball does not land closer, the other player on the team gets a chance to throw a ball. The game continues back and forth like this until all the bocce balls have been thrown.

When the frame (round) ends, points are awarded to one team only. The team with their ball closest to the pallina wins the match. The winning team earns a single point for every ball closer to the pallina than the other team’s closest ball. New frames are played until a team reaches 12 points to win the game.

While there are many variations to bocce ball, most players commonly follow a few rules. They include:

Here are a few ways to be successful when playing bocce ball:

Bocce ball is a low impact game that can be played anywhere you have enough space. It is easy to learn and enjoyable for people of all ages. Next time you host a family picnic, pull out the bocce balls, and watch the fun ensue.